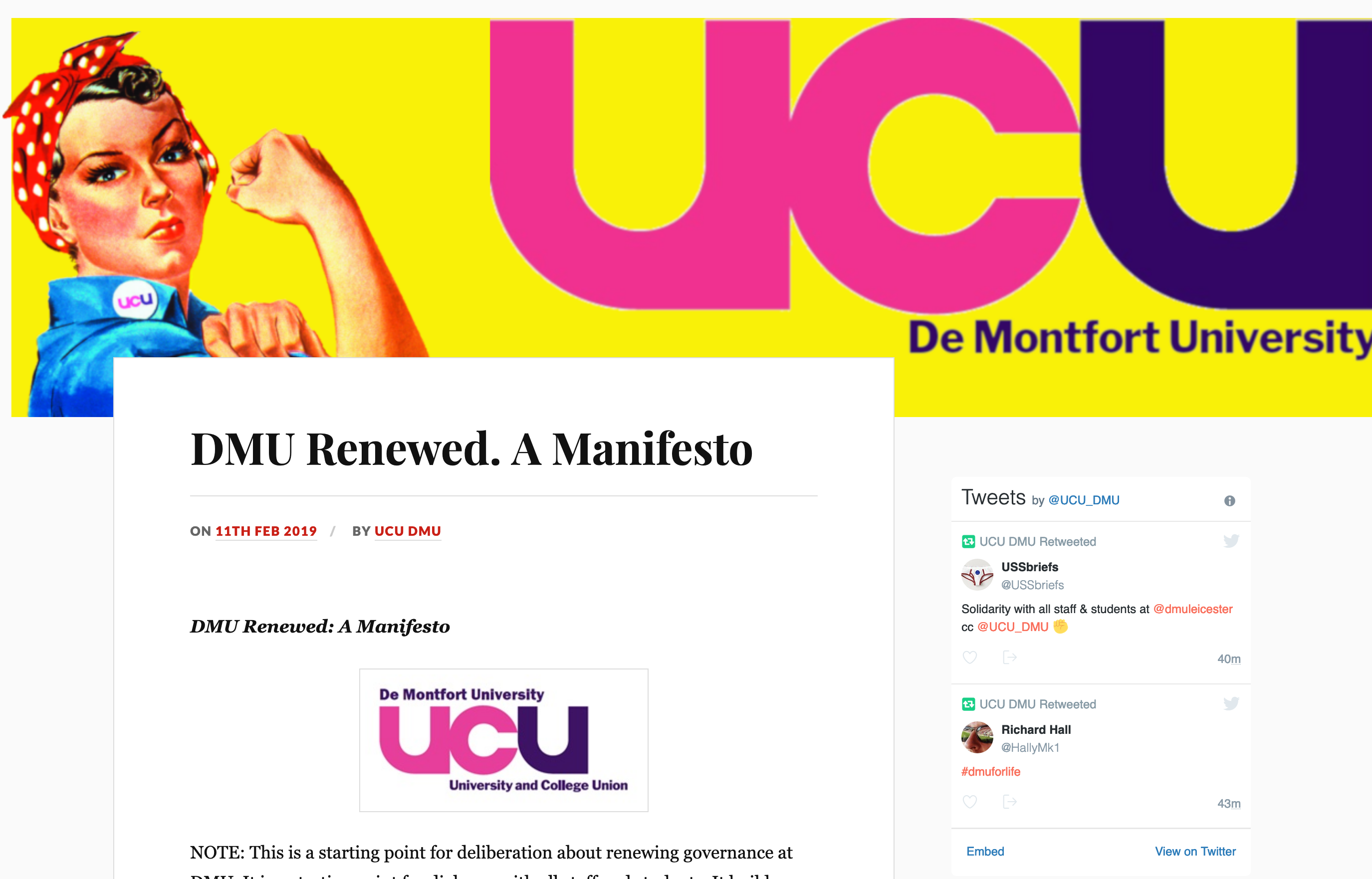 First a press release responding to Friday’s announcement that Ian Blatchford had resigned as chair of the institution’s governors. Last week many rumours circulated that VC Dominic Shellard was on his way out – confirmed today. The Office for Students has launched an investigation into ‘a number of regulatory matters relating to De Montfort University’. Clearly it’s a farrago.

Second, and much more exciting and inspiring than the scramble over the deckchairs on the top deck, DMU UCU have released their own proposal for a way forwards, DMU renewed. A manifesto. This is what every UCU branch should be doing!

Like DMU UCU, we believe another university is possible!