﻿Into the University of Leicester’s second century 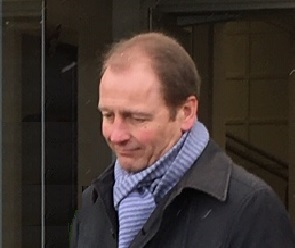 Given today’s news of Paul Boyle’s resignation as VC, we reflect on his five years as helmsman of University of Leicester, consider the broader failures of governance at our institution, and propose a way forward.

It began, in September 2014, with the news that the Bob Burgess’s successor as vice-chancellor had acquired a new title. Paul Boyle had decided he would be known as ‘president and vice chancellor’. The reason, he proclaimed, was that his role, he hoped, would be more understandable to an external audience. We don’t know whether the effect on the internal audience – the University of Leicester’s staff and students – was considered.

One of President Boyle’s early acts was to instruct that henceforth all lectures, seminars and so on would start on the hour and finish at 50 minutes past the hour, replacing the customary start-at-five-past-and-finish-at-five-to arrangement. The new VC thought he had identified a problem – an incompatibility between teaching events and meetings, which were all scheduled to commence on the hour. What’s more, he had a solution: make students and lecturers/teachers change their behaviour in order to conform with the perceived practice of university administration. There was never really any problem, of course. If an academic had to attend a meeting immediately after teaching, that meeting might start a few minutes late, as meetings often do, and this was accepted. The change – in the grand scheme of ‘institutional transformation’ – was trivial and easy to adjust to. But it’s an instructive story, nonetheless, revealing a lot about Paul Boyle’s approach and values, and foreshadowing much that was to come under his stewardship of the University of Leicester.

A whole raft of process reviews was set up, which looked at first like an attempt at engagement but proved to be mostly an extravagant waste of both professional services and academic staff time; the perspective of academic staff was also commonly marginalised. A review group to find a replacement for our VLE (‘virtual learning environment’), Blackboard, for example, hoovered up months’ worth of time and energy. A well-researched analysis of the strengths and weaknesses of different systems was produced, but this was then simply set aside – no change allowed.

Another major ‘innovation’ – initiated in 2014 in the pre-Boyle days, but aggressively promoted under his leadership – was the ‘pathways’ (majors and minors) project. This sucked up hundreds of hours of staff time – though few staff who actually labour at the whiteboard were actually consulted – Marketed as ‘a new way to study at the University of Leicester’, they are now being formally abandoned only 2½ years after their introduction.

The role of marketing at our institution has been transformed. Rather than promoting the University of Leicester in a credible way, it has become a device for endorsing the shallowest of understandings of what universities are for. Re-branding has included the addition of large, ugly L-plates to all forms of promotional material and the ‘modernisation’ of the University crest, such that its motto – Ut Vitam Habeant (‘that they may have life’) – has been removed, just before it was decided to commemorate the history that this motto actually encoded. Another apparently small change: but another that has contributed to an increasingly deep distrust among staff of how the Paul Boyle and his ‘University Leadership Team’ (ULT) have been spending our resources.

But less than five calamitous years after he arrived, Boyle has gone. The legacy? One ‘Strategic Conversation’ and one ‘Strategic Plan’. At least two attempts to sack several hundred people (both, for the most part, successfully repelled). The closure of the respected Vaughan Centre for Lifelong Learning (now reborn phoenix-like as a cooperative college). Dozens, maybe hundreds, of colleagues who have been harmed by the culture of bullying that has been allowed to survive and even thrive. Dozens, maybe hundreds, of colleagues who have resigned in disgust or despair, moving to jobs elsewhere. Hundreds of us underpaid, undervalued. Academic cohesion and coherence have been badly damaged. Undergraduate degree programmes and module structures have been forced into a rigid straight jacket which mandates that course development and change, including that requested by students, must be programmed 2–3 years in advance – an erroneous interpretation of consumer law. (Want to teach a new module on Brexit? You might have to wait until 2022 before you actually stand in front of a student!) Administrative cohesion has also been severely affected. Professional service teams have often been split off from academic and research staff, and staff have been moved between roles without regard for the value of their experience and commitment, often resulting in high staff turnover.

Our sense of place has been destroyed, and not just through building programmes, though these ensure a noisy work environment. The dynamics of our university now seem entirely controlled by a dysfunctional electronic timetable. This uses online data rather than any actual experience of the facilities available. It dispatches staff and students to all corners of the campus on an apparently random basis, to rooms that are often too small, too airless, too hard to find or too badly equipped to create a good learning environment

We are left with the pieces. And there are many to pick up. Even as we now stand, a residual Business Case from Boyle’s costly summer of 2018 aims to change the School of Education into a teaching-focussed unit. This is at odds with the stated ambitions of our university, supposedly committed to holistic research and teaching. It should be dropped. Immediately.

Paul Boyle is history. (Though of course we will follow his progress at Swansea University, itself in some turmoil, with keen interest – especially given the news that he wasn’t that institution’s first choice candidate.) Bridget Towle, chair of the University’s Council that appointed him, is also stepping down – though we believe her departure is unconnected to his. Professor Boyle must bear responsibility for his disastrous leadership. But he is not alone – and pointing out that others must also take blame does not diminish his culpability. Many senior managers – members of the ULT along with deans and heads of department – also resigned their positions, finding they could not work with or for Professor Boyle. But why did so few of them speak up publicly to express their dissent? What of the 23 members of Council – the institution’s ‘supreme governing body’? They appointed Professor Boyle to the position of (president and) vice-chancellor. They were responsible for holding him and his actions to account. We know that some senior colleagues expressed serious doubts when Paul Boyle was being considered. Were these doubts taken seriously? If not, why not? And once Professor Boyle had taken up the position why were members of council so passive in their oversight?

responsible for taking all final decisions on matters of fundamental concern to the University, including our academic mission and strategic direction. It ensures that our various systems, structures, procedures and rules are fit for purpose, that the University is being managed effectively, and that we meet all our legal obligations.

In their governor role as ‘critical friends’ of the University, members of Council are expected to ask probing, searching questions in relation to the above matters and to satisfy themselves that the responses are sound, confident and consistent. In support of this role members of Council also serve on a wide range of key University committees

Has Council ensured that our institution’s ‘various systems, structures, procedures and rules [were] fit for purpose’. Did Council’s members ask ‘probing, searching questions’?

Boyle has gone. But the problems of which he was a symptom remain. The current governance structure of University of Leicester is not fit for purpose. Although Council includes four members of academic staff these are all appointed by Senate – currently all four are professors, in other words very senior in the institution’s hierarchy. (Senate is ‘the University’s principal “academic board”’: apart from two representatives of the students’ union, its member are all senior managers, and includes no one below the status of head of department.) Four members are appointed by Court. (Court is is ‘one of the University’s main external “stakeholder” bodies’. It includes ‘faith leaders’ and ‘business leaders’, but no representative from the Leicester Trades Council, for example.) Seven of Council’s members (the largest single group) are appointed by Council itself. The body and its composition thus are, to a large extent, self-perpetuating. The president of the students’ union is a member, but there is no other representative from any other campus union – neither UCU, Unison nor Unite – and there is not a single member elected by staff.

Leicester University and College Union believes that a restructuring of our university’s governance structure is necessary in order to allow this institution to thrive in its second century. In fact, 2019, the year of our University’s centenary, would be a befitting time for such a reform.

Universities in the United Kingdom will face a number of significant challenges over the coming years and decades. Most immediate, of course, is the UK’s likely departure from the European Union – vice-chancellors, including Paul Boyle, have been vocal in sounding the alarm here (sometimes as a prelude to announcing the ‘difficult decision’ of sacking people). But university ‘leaders’ have been reticent about – or ignorant of – other challenges at least as serious as Brexit. The current fees-and-debt model of higher education funding is unsustainable: whether or not a Labour government is elected at the next general election, we think it’s likely student fees will be completely abolished within a decade if not earlier. Beyond the question of funding – though not unconnected to funding – is a much larger one. What role should universities play in the twenty-first century, a century in which mass extinction/climate change will likely dominate all other problems, and in which ageing populations and the rise of AI/automation will also pose significant challenges?

Our position is clear. We believe that education should be a public good. We believe that the University of Leicester has a proud tradition – it has unique strengths. Moreover, we believe that our institution’s past successes have been created by its staff and that its staff – that’s us – continue to make and remake the University. We are its foundations! We are committed to education and research that is critical, radical and open-minded. We are committed to education and research that extends knowledge, understanding and creativity – and that is socially responsible and promotes diversity, equality and accessibility. Given this, we believe we need a vice-chancellor who shares these values and who can be a public voice for them.

To meet this aim, we believe the appointment process for our institution’s next vice-chancellor must be transparent, rigorous and democratic – it must involve all members of community. Involving all members (and also other ‘stakeholders’) in the process can be part of a more general reform of the University of Leicester’s governance structures. Specifically, we propose a 3-step process for appointing a new VC:

2. that shortlisted candidates be invited to visit the University, to meet informally with staff and students and also to take part in hustings, at which they can share their vision for the institution and respond to questions;

3. finally, members of the University elect the new VC from the shortlist.

We think that everyone associated with the University of Leicester would like our institution to be innovative and world-leading. We also think that everyone associated with the University aspires to close cooperation across all levels of the institution. We believe that becoming a university closer to that we have – briefly – envisioned above would truly help us realise these desires and aspirations. Leicester UCU looks forwards to discussing our vision and our proposals further.