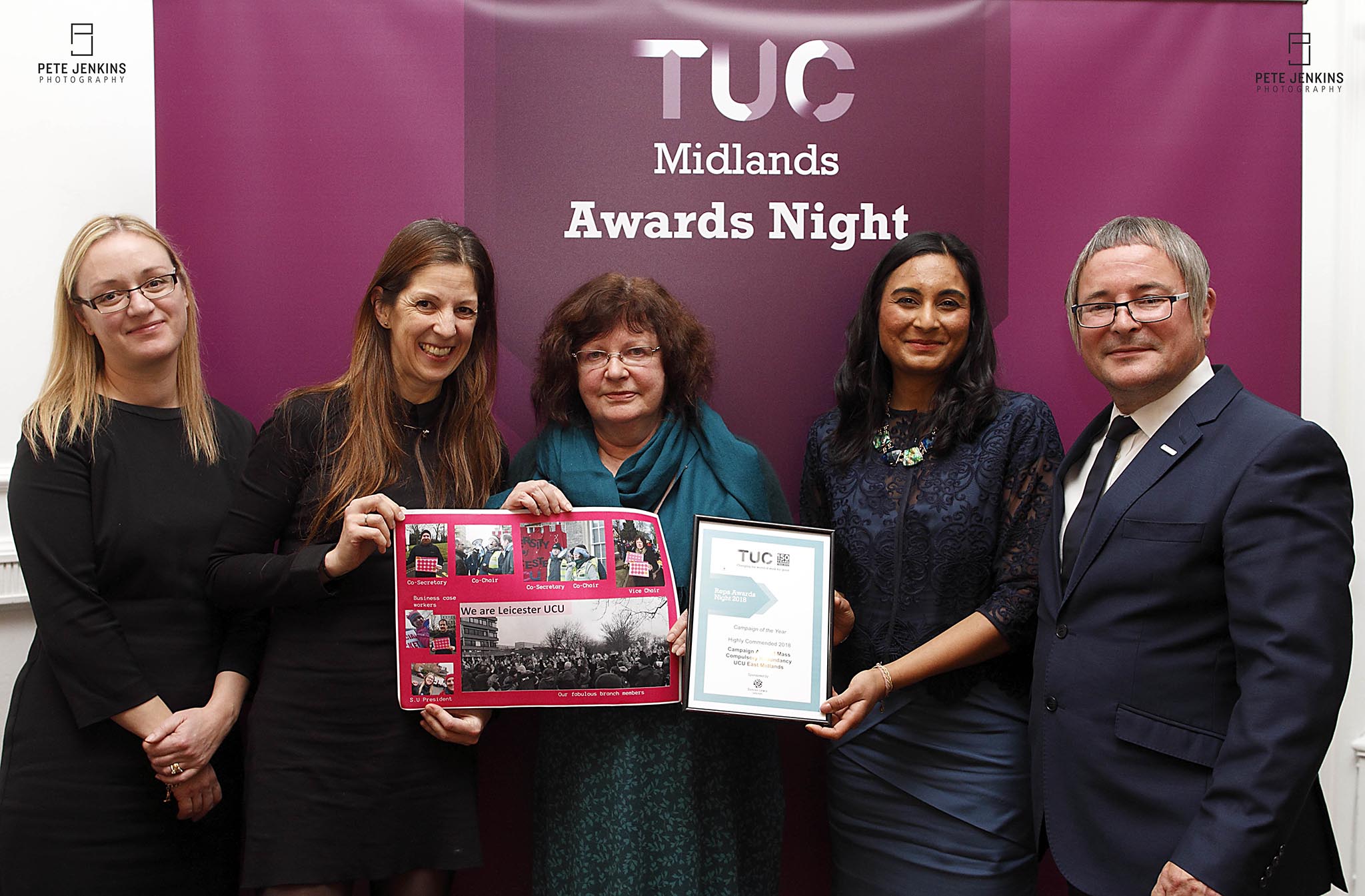 Leicester UCU has been ‘Highly Commended’ in the Midlands TUC Campaign of the Year award. We received the commendation (the ‘runner-up’ prize) for our successful summer campaign against compulsory redundancies at our university.

Winners of the ‘Campaign of the Year’ award were a group of Unison care workers who emerged victorious after a longterm dispute over pay. Of course, we are delighted for them! (Unlike the myriad university rankings and metrics, when it comes to worker organising we can all be winners.)

The awards ceremony – other categories included Campaigning Rep of the Year, Organising Rep of the Year, Communications Rep of the Year, Health and Safety Rep of the Year, Mary MacArthur Equalities Award, and Andy Becker Union Learning Rep of the Year – were presented at a dinner at Birmingham’s botanical gardens that also commemorated the TUC’s 150th anniversary. Many inspiring were shared. The evening’s speaker was Lauren Townsend, the waitress from TGI Friday who led their unionisation campaign and who has been instrumental in getting waiting staff (and now other young people) unionised.