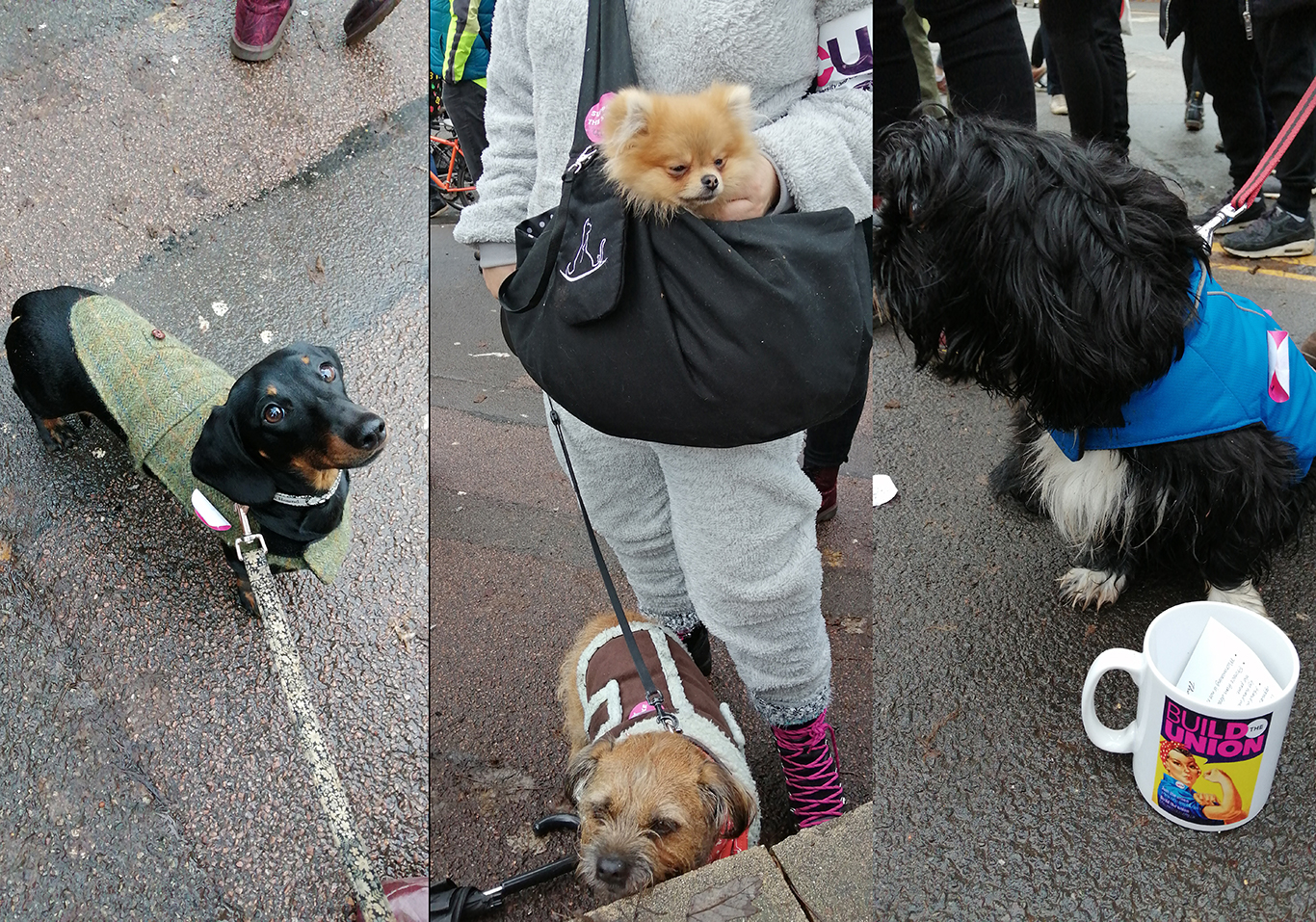 Today saw animals of all shapes and sizes unleashed on the Leicester UCU picket lines! Fierce foxes, passionate penguins and more delightful dogs than you can count supported strikers with love and wagging tails! All were here to support our message to the university management: get your paws off our pay and pensions!

Whilst every pet on the picket was adorable, a prize for best one was at stake! After much deliberation, choosing a champion was found to be near impossible. Instead four canine comrades were crowned, and their owners were bequeathed with coveted UCU merchandise. I mean, can you really say one of these furry friends is more adorable than another?

Claudia Webbe, the prospective parliamentary candidate for Leicester East, came down to the picket to express her solidarity with strikers. She showed sympathy with our demands for better pay and pensions and criticised the current Conservative government for decimating worker and trade union rights. Afterwards a representative from ‘Stand Up To Racism’ spoke and shared their solidarity too. In addition, they expressed pleasure at the strike’s aim of closing the ethnic pay gap and the planned teach-out about decolonising the curriculum. They even brought along delicious samosas for the whole picket! They’re welcome back anytime.

Walkies began as usual around the front of campus, behind the library and onto the central square. Today, however, as a treat for our four-legged friend (but not so much for management) we took a detour towards the Bennett building. Banging drums and barking dogs filled the campus air and attracted a lot of attention from passers-by. Apparently someone inside the building complained about the disruption too. We then returned to our regular route and assembled outside the Fielding-Johnson building.

Vice Chancellor Nishan Canagarajah appeared briefly but didn’t have anything to say, so they were respectfully allowed to walk back into their office. Leicester UCU vice-chair Helen Eborall then closed proceedings with a passionate address about the disdain with which junior staff members are treated – an address inspired by a conversation with a condescending colleague moments earlier.

Despite the incessant rain, cold and annoyed colleagues Leicester UCU still stands strong. Tomorrow, the strike focuses that all important winter gear, the hat. Whether fashionable, practical or colourful, there will be a prize for the best one. More importantly, we will see precarity put on trial. All those who have suffered or continue to suffer through insecure and temporary contracts will get the opportunity to tell their story to the public. Whatever their experiences, only together, through sustained strike action, can we seek to end these injustices.