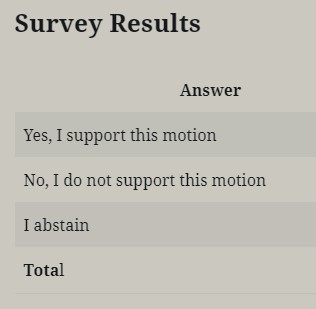 Last week we emailed all members of Leicester UCU asking whether they supported the following motion, which was suggested by UCU members elsewhere. We also asked for more general views (free-form text response) on the conduct of our ‘four fights’ dispute (on pay, gender pay gap, casualistion and workloads).

The motion is below. We stressed – and we do so again – that strategy around the USS pensions dispute has been more widely discussed within UCU’s various democratic structures (including at a special sector conference in December) and agreed upon. We are confident that our eight days of strike action in November–December were effective in shifting the position of USS (also persuading employers to put pressure on USS to shift their position). We are also confident that further strike action is necessary to reach a satisfactory resolution. That is why 14 further strike days are scheduled for February and March: the committee of Leicester UCU wholeheartedly supports this. Of course, it’s possible negotiators will agree a settlement before then, in which case – obviously – these planned pension strikes won’t be necessary.

In contrast, there has been much less discussion of our ‘four fights’ dispute. The motion – and our request – was intended to recify that.

We received more around 120 ‘votes’ on the motion; and 18 free-form responses. The responses we have forwarded to our union’s general secretary Jo Grady, vice-president Vicky Blake (University of Leeds) and our two Midlands higher education representatives, Kirsten Forkert (Birmingham City University) and Justine Mercer (University of Warwick). The voting results are below.

2. There has been no equivalent opportunity for branches to have their say about further action in the pay and conditions dispute.

3. This especially risks disenfranchising branches, including post-92 branches, that have voted for industrial action in the pay and conditions dispute but are outside the USS dispute, when the HEC meets on 30th January to consider calling further action in both disputes.

a. To call on the HEC on 30th January to urgently arrange a formal consultation of all branches holding a mandate for industrial action in the pay and conditions dispute on how to take that dispute forward, if possible culminating in a national branch delegates meeting, before HEC makes a decision on this question at its next meeting.

b. The consultation should lay out at least two options, offering different degrees and timescales of escalation.”