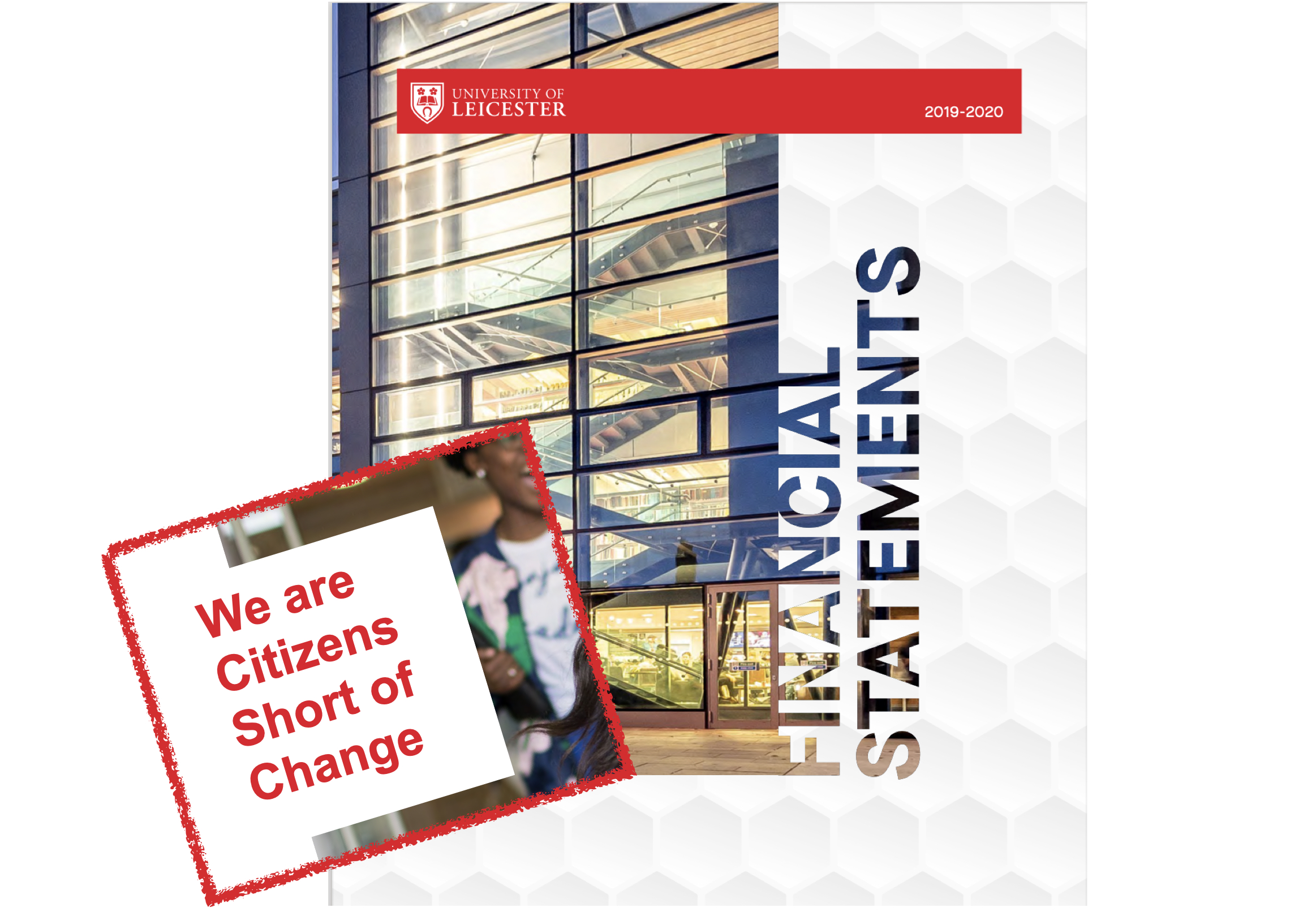 Earlier today the University of Leicester executive finally published its financial statements for the year ending 31 July 2020. Normally, universities must publish their accounts in mid-January. Although the Office for Students sanctioned an extension of the deadline this year – because of COVID – our employer was still one of few not able to get its accounts in order at the usual time. One of Leicester UCU’s critical accountants – at risk of redundancy because of the ‘critical’ nature of their scholarship – offers their hot take below.

It doesn’t look like this round of redundancies will be the last. On page 36, after demonstrating how parlous the University’s financial position is, the accounts state:

The University needs to have £30M of cash on hand to be considered a going concern. At the end of the accounting period, the University’s cash had fallen to £32M. It’s now borrowing money to ensure that it keeps above £30M. It needs those redundancies done soon!

Now look at this table, that details debt that’s liable in the next 12 months…

Oooh! Cash flow improved by £8M by paying taxes later? That was always a red flag when I was a tax inspector.

In his Foreword (on p. 8), the president and vice-chancellor says,

With our new University Strategy in 2021 our ambition and success will continue to grow as we all work to change the world for the better.

So far, all we’ve seen of this strategy is redundancies. Doesn’t feel a change for the better.

For those staff supposedly ‘not directly impacted’ by the present threatened redundancies, there’s a lot of worrying detail in the statements. Most worrying is that two of the University’s creditors didn’t agree amendments to their agreements covering this debt. ‘Minimal headroom’ is an ominous term… (see p. 37)

This obviously doesn’t mean any research that might improve workers’ lives, does it? Researchers in that area have been targeted for redundancy.

We’re currently tackling some of the most critical issues of our time.

What they don’t say is that if you’re thinking of researching Critical Management, the executive will make you redundant.

Our historians are looking at our relationship with our past and the lessons we must learn to foster progressive social change.

What they don’t say is these historians are doing this at the same time the executive is making redundant academics in the School of Busiess and English scholars who are doing the same thing.