‘Someday a real rain will come and wash all this scum off the streets.‘

No doubt many vice-chancellors – including ‘our’ Paul Boyle – have been thinking this… and today they thought that ‘real rain’ had come – ‘this scum’, of course, being their own employees who for the past few weeks have not only refused to make the neoliberal university, but have treated the university as their own.

But a few showers – well, almost continual torrential downpours – were not nearly enough to deter the UCU pickets, including – as usual – several hundred in Leicester. Strength, determination and a moral compass cannot be washed away! (And our resolve had only been strengthened by revelations that ‘vice-chancellors’ pay at British universities has far outstripped that of their peers in senior leadership roles elsewhere across the public sector’.) 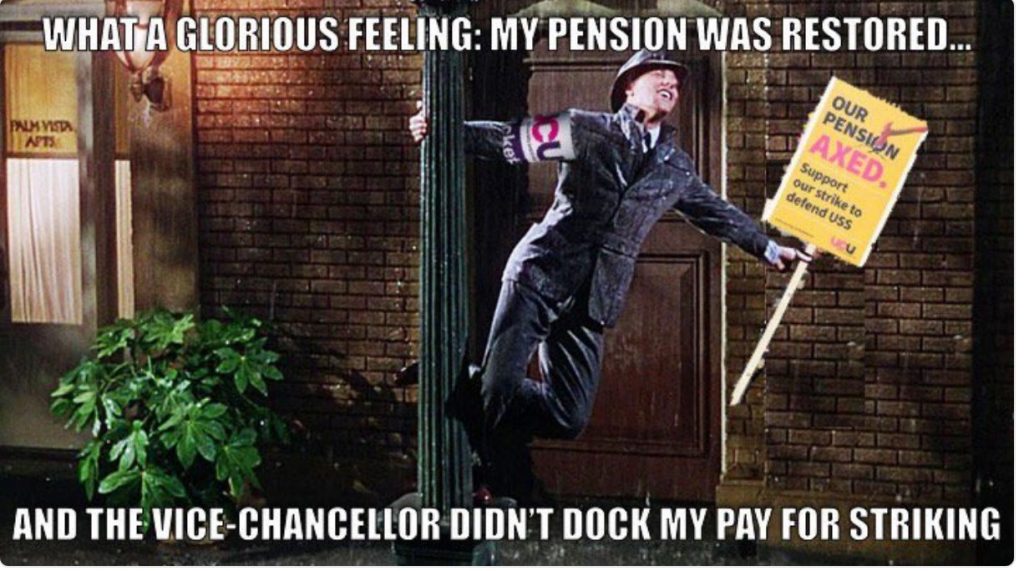 Today all the picket lines gathered together at 11am at Mayor’s Walk entrance – where it was raining. 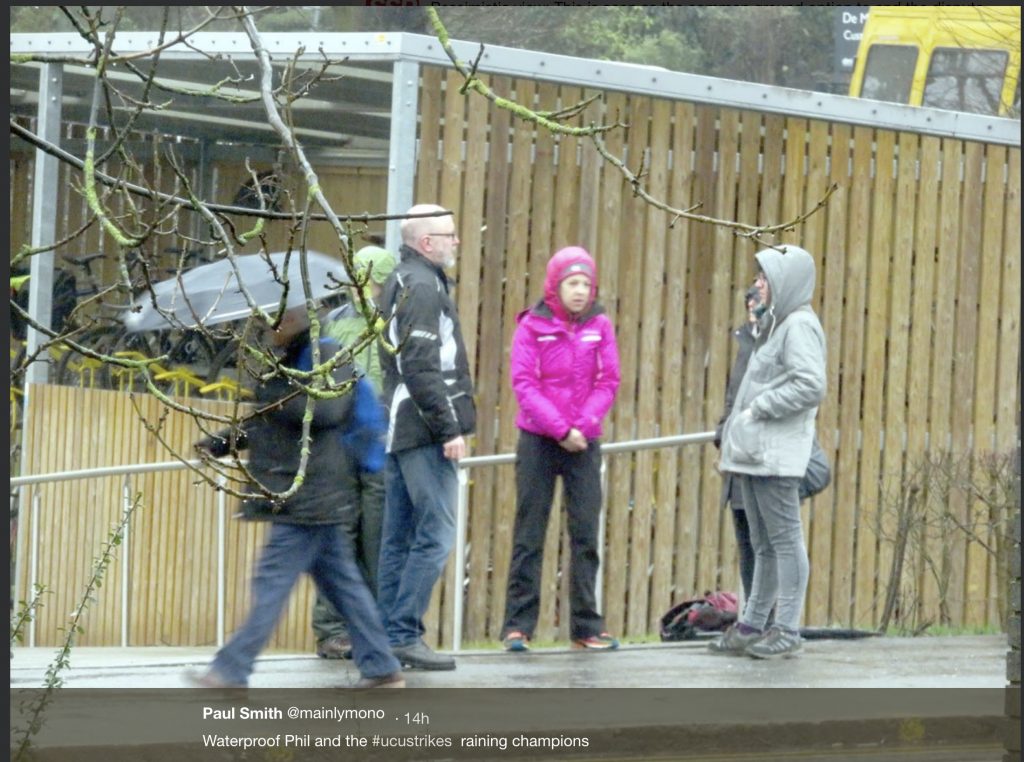 We marched through the campus, finishing our rally at the ‘Unknown Woman Building’.  There we focused on global solidarity, sending messages of solidarity and support to various other struggles.

LUCU sent support and solidarity messages to Academics for Peace (BAK) in Turkey. There is also a call for targeted academic boycott of Turkey.

Academics for Peace in Turkey ‘have been fired from their jobs, their passports have been cancelled and confiscated, they are prevented from finding jobs, several are physically and verbally threatened, others are taken into custody, four of them who read a press statement condemning these violations were imprisoned, hundreds have been denied the right to work in the public sector through governmental decrees.’ They call this ‘civil death’

Yarl’s Wood Detention Centre in Bedfordshire ‘hosts’ hundreds of people who are held indefinitely whilst the Home Office processes their asylum claims. They have been on hunger strike, demanding basic human rights to be respected. Amongst others, they demand that due process is followed before they are imprisoned on immigration matters; or that they are not deported before their cases are decided and appeals are heard.

The West Virginia Teachers’ Strike ended successfully as their pay and conditions are now improved. They have also inspired other national labour movements in the US.

Inside the students’ union building – where it wasn’t raining – we continued our successful Free University of Leicester programme, with three sessions. 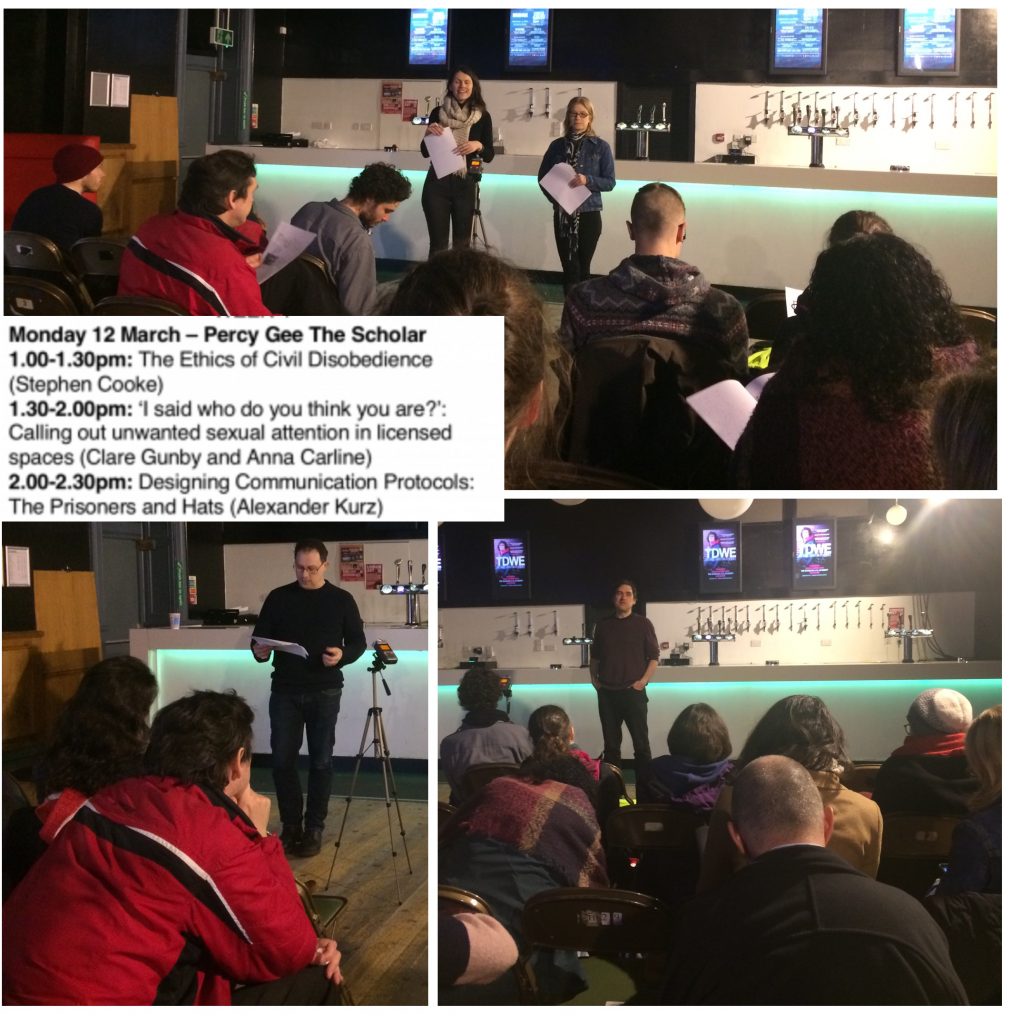 Outside it was still raining… 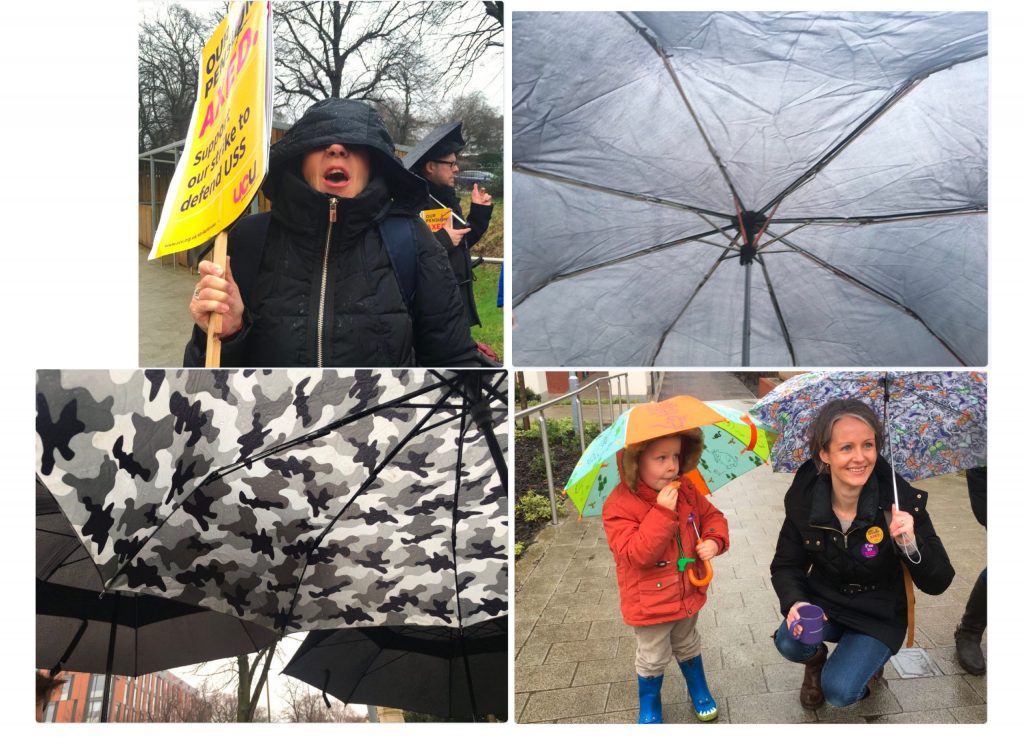 We learned that we should remember waterproof markers next time… and that vuvuzelas make a lot of noise whatever the weather. 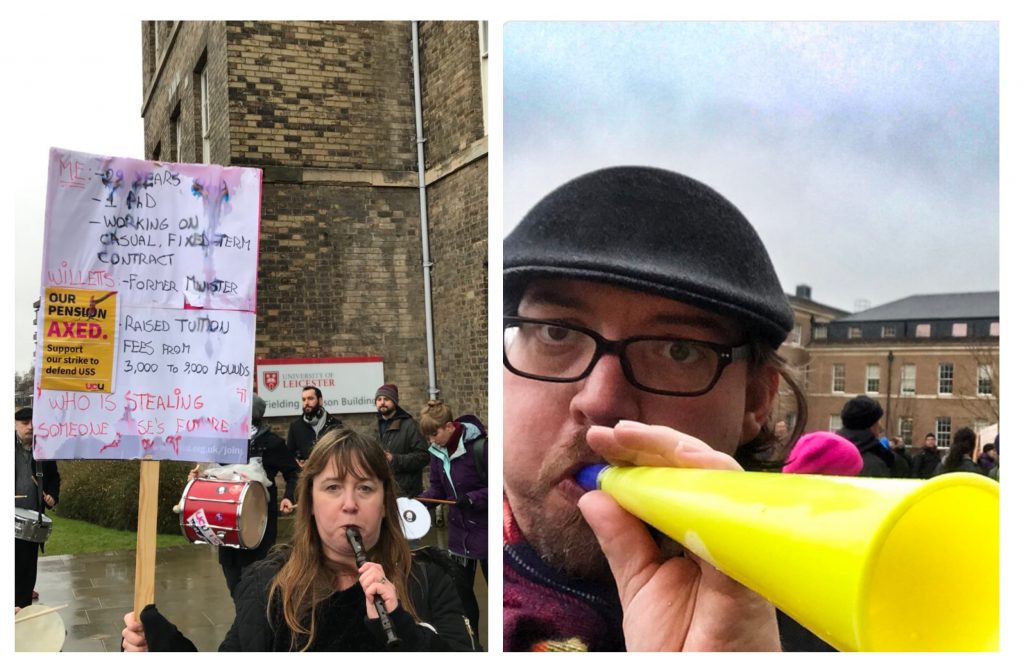 … and the band played on… 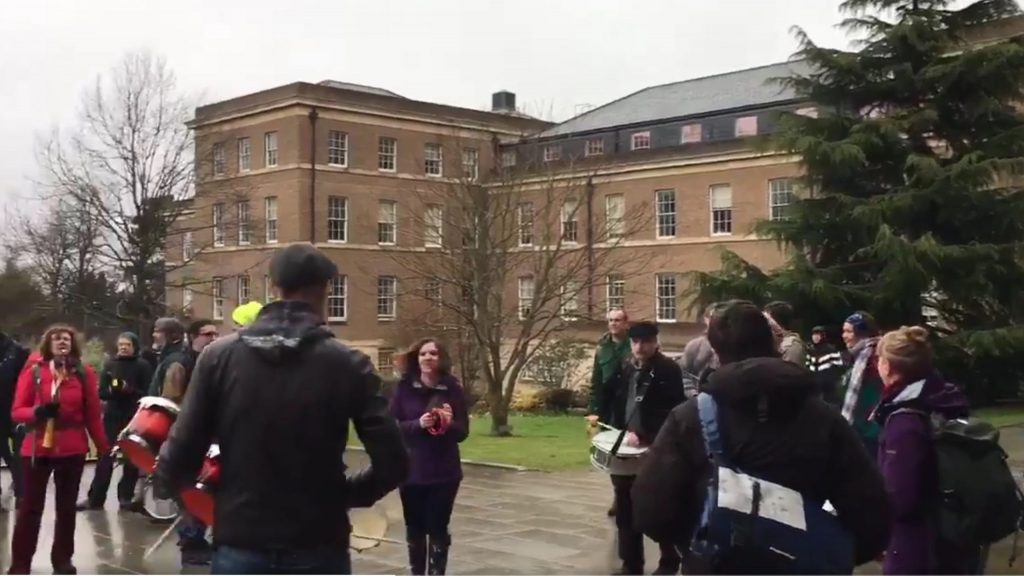 Late in the day, news emerged of a deal between UUK and UCU… in the hours following – as members digested the awfulness of what their employers were offering, and what their representatives were apparently agreeing to – #NoCapitulation became the top-trending Twitter hashtag…

Tomorrow is Day 11. See you on the pickets lines… or outside UCU HQ!