Today was a day of high spirits. The excellent news from yesterday afternoon that strike pay is to be deducted at a rate of 2 days per month over the next 7 months resulted in a particularly buoyant mood on the picket lines. (More info on this deduction agreement is here.) As we came together we shared our feelings of shock and wonder that we had achieved such a wonderful victory, gratitude for the wonderful negotiators from LUCU, and optimism about what else could be achieved. Even local MP Jon Ashworth delaying his visit until tomorrow couldn’t dampen our spirits! 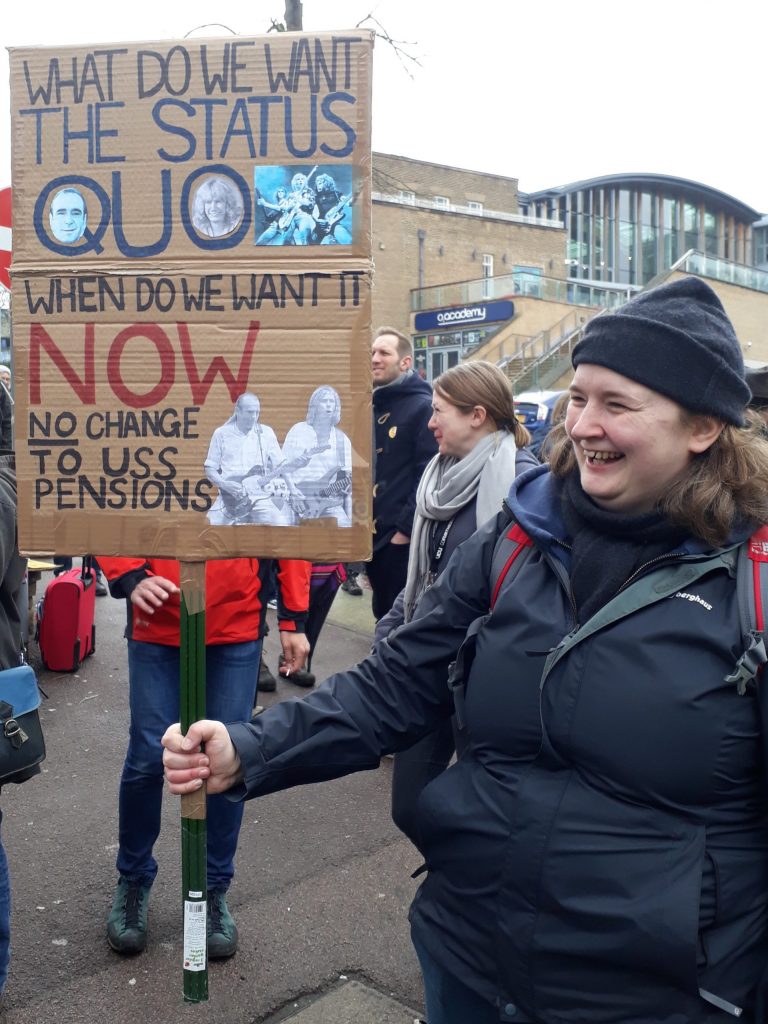 Our wonderful student supporters and occupiers arrived with top hats, ballot papers, posters and a ballot box to run their own election this morning. They organised a ‘symbolic’ vote for the role of Chancellor. 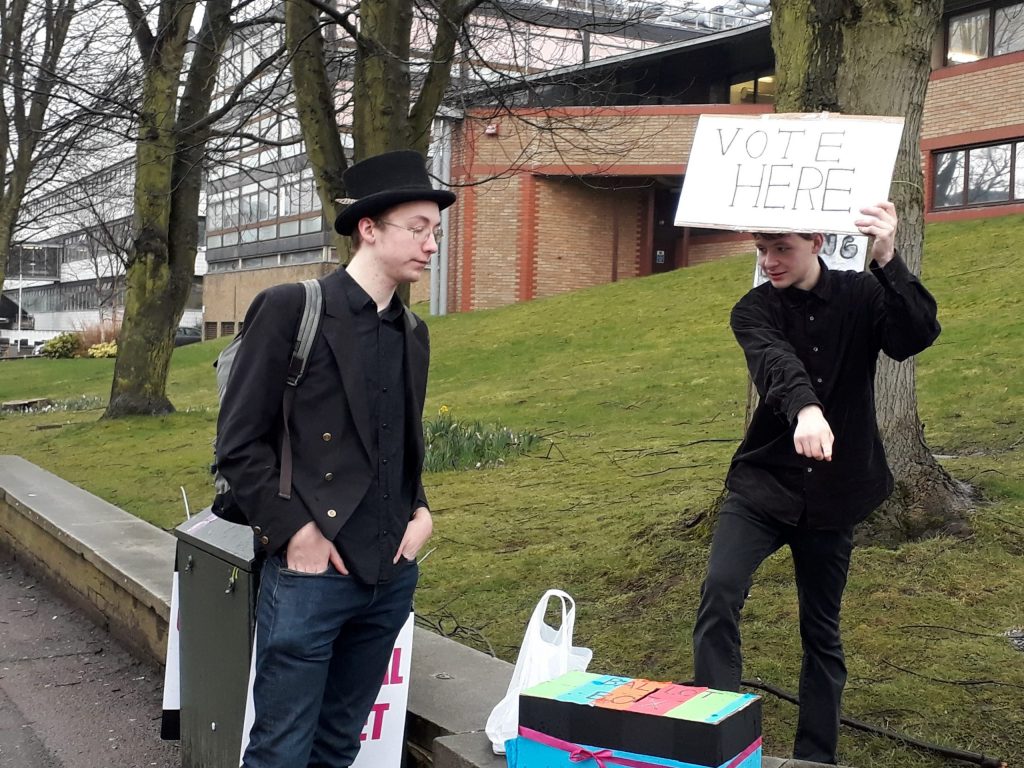 The students had sought nominations via facebook for candidates and the resulting ballot paper was very impressive and reflects the views, interests and passions of our students and staff. The candidates are: 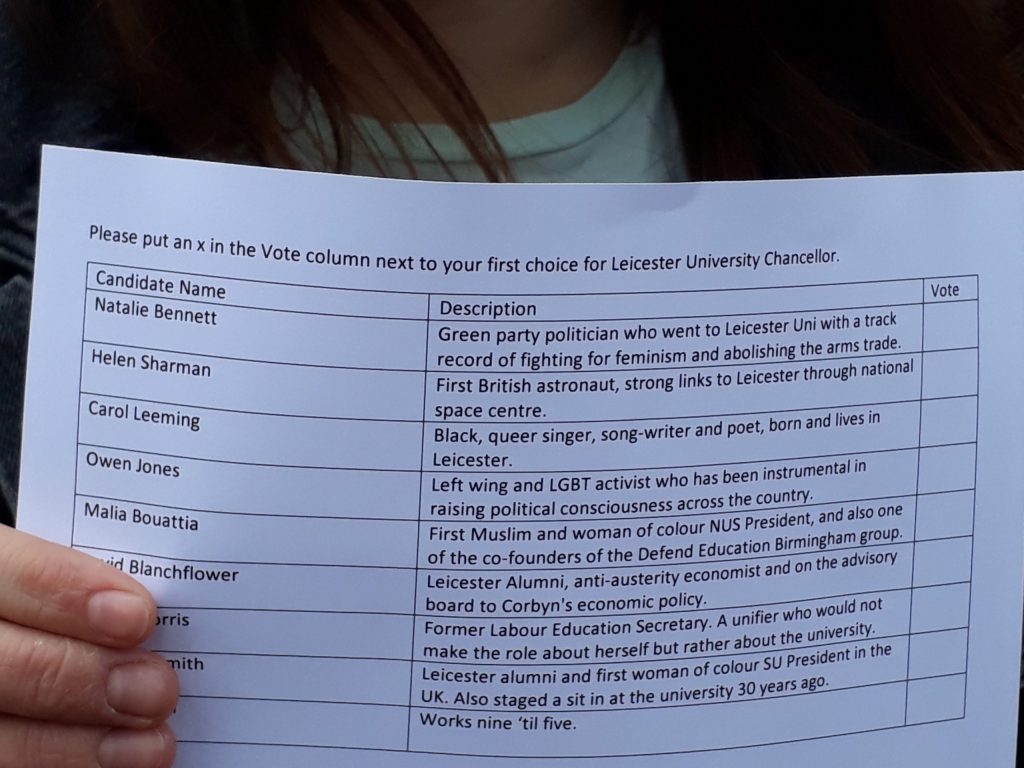 To cries of ‘one person one vote’ staff and students alike cast their votes in a transparent and fair process. They even took some ballot papers up to the ‘corridor of power’ so that no one would be excluded from this important decision. The results are set to be announced tomorrow morning and we can’t wait to hear them. 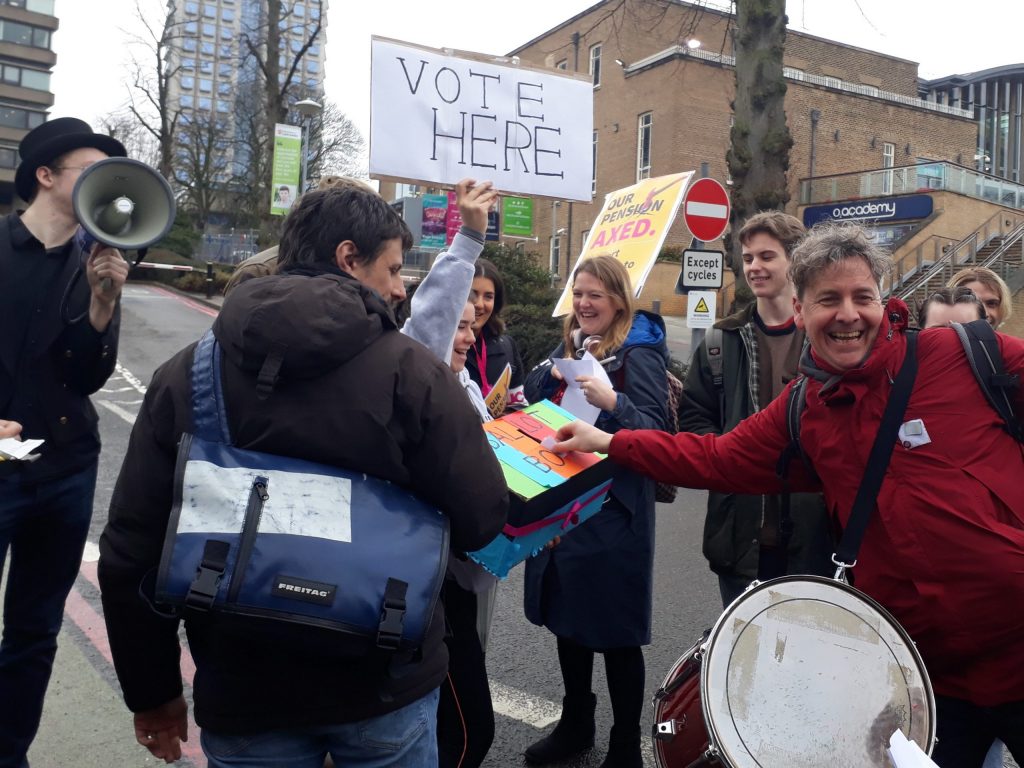 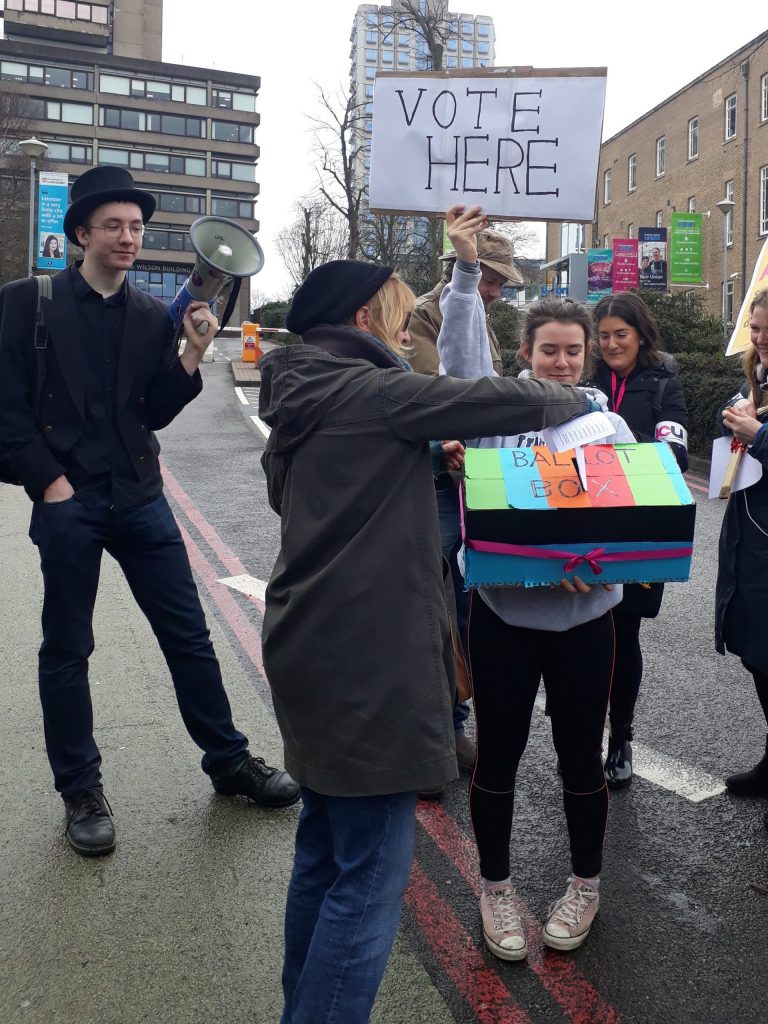 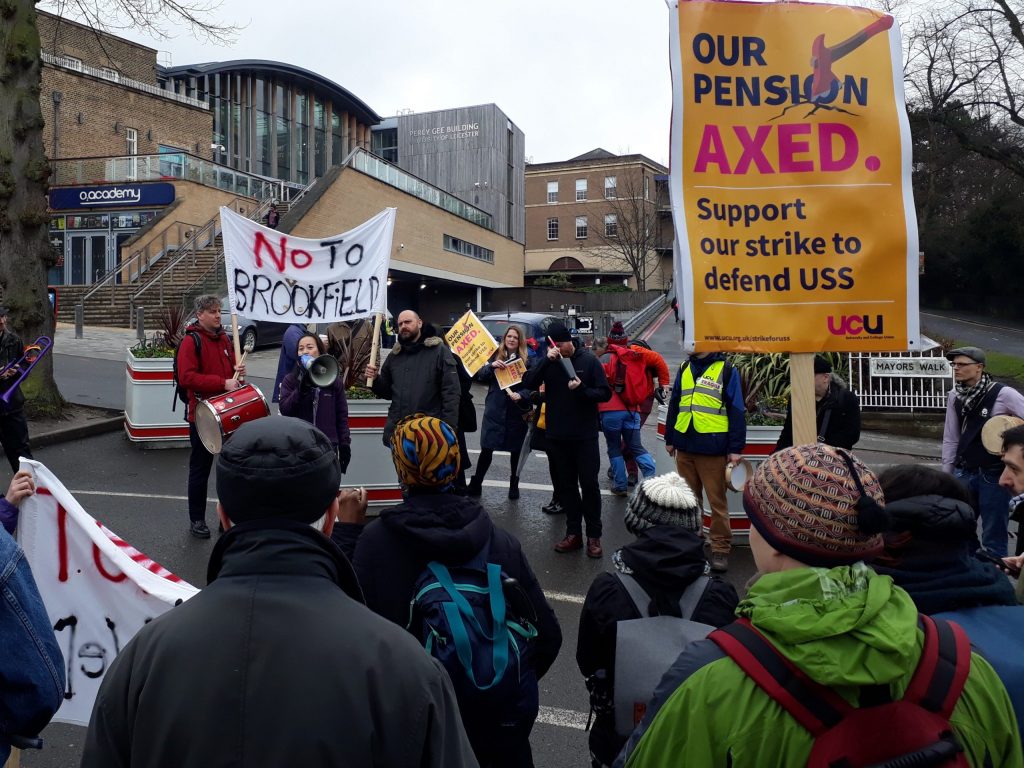 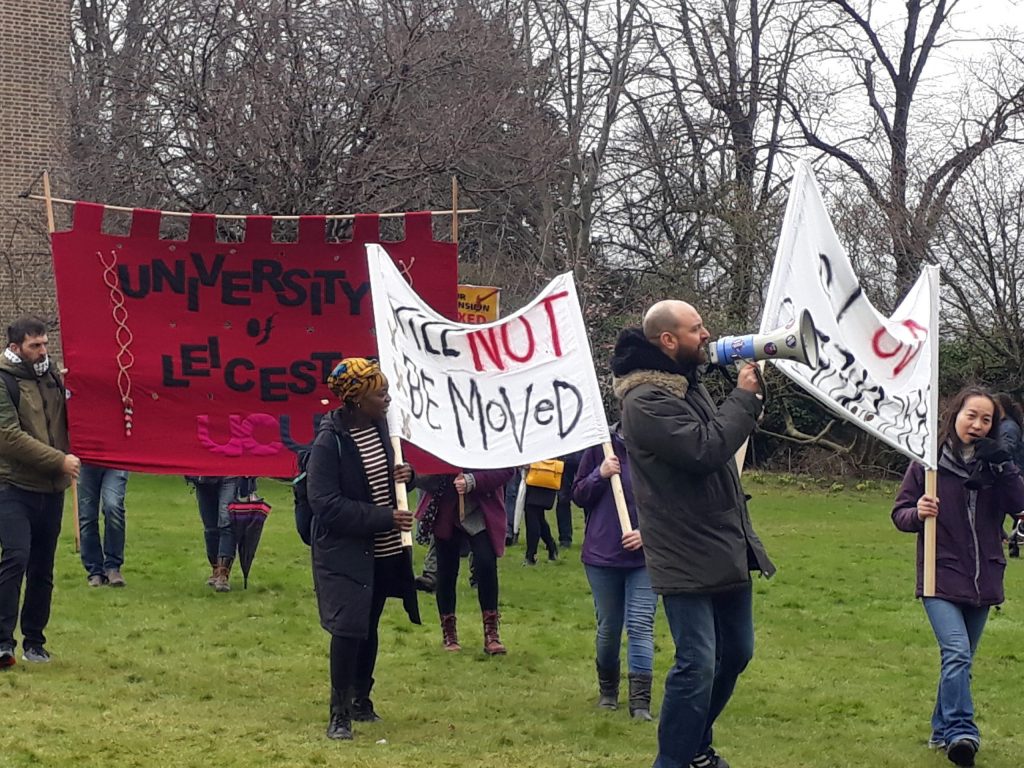 We await the results of the election!