That was the week that was in the USS strike…

Where have we come from and where are we going? A reflective thread from one of our members. 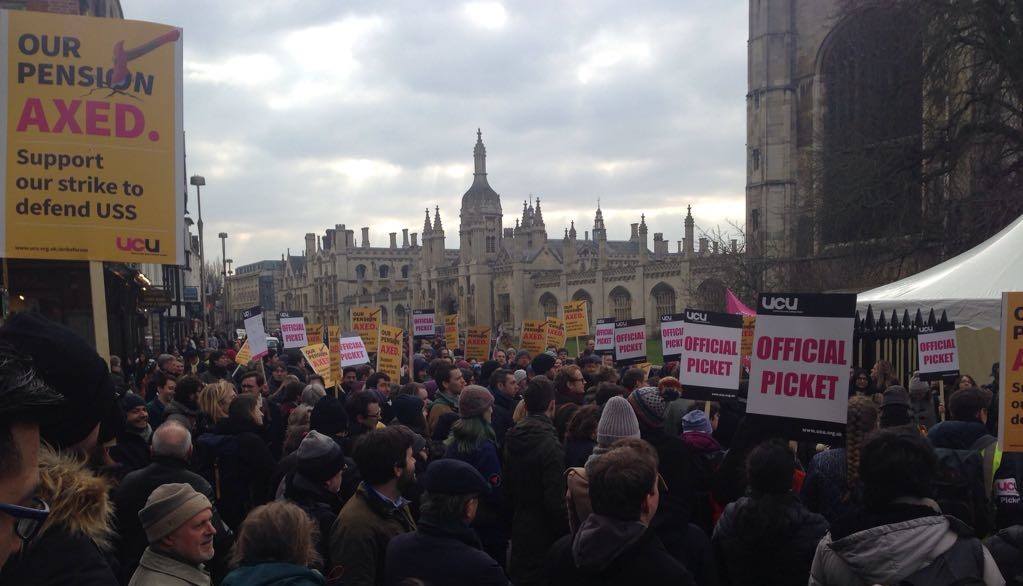 On Wednesday of last week, Universities UK told us there was nothing to negotiate over. USS was in ‘deficit’ and needed reform. A serious minority of UUK members had pressed this point, and as a whole UUK had pressed Joint Negotiating Council (JNC) of USS  to push through change to a defined-contribution (DC) scheme.

By Thursday, the world was turned upside down. UUK had been surveying Cambridge colleges, not UUK members, and the minority that was pressing for reform looked smaller than first suggestion. Worse still, the Cambridge consultation was not officially endorsed. Pickets were buoyed.

Any hopes on the part of the employers were dashed. Galvanised, pickets were out in force. Whatever the precise details, a sense of an ‘Oxbridge stitch-up’ pervaded proceedings. Sam Gyimah, Minister for Universities, scores an own-goal calling for talks: UCU wants these but UUK refuses. 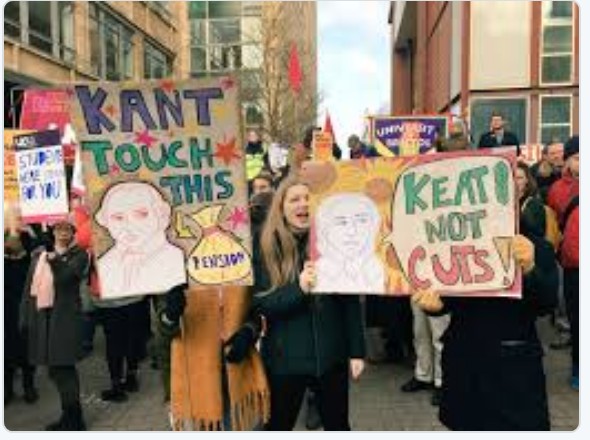 Friday morning, UUK still insisted its mandate was strong. But by then, Vice-Chancellors were appearing on the picket line. Ten, eleven, fifteen… Eventually 18 called for negotiations. Amongst them Cambridge VC which made the minority mandate argument look weaker still. 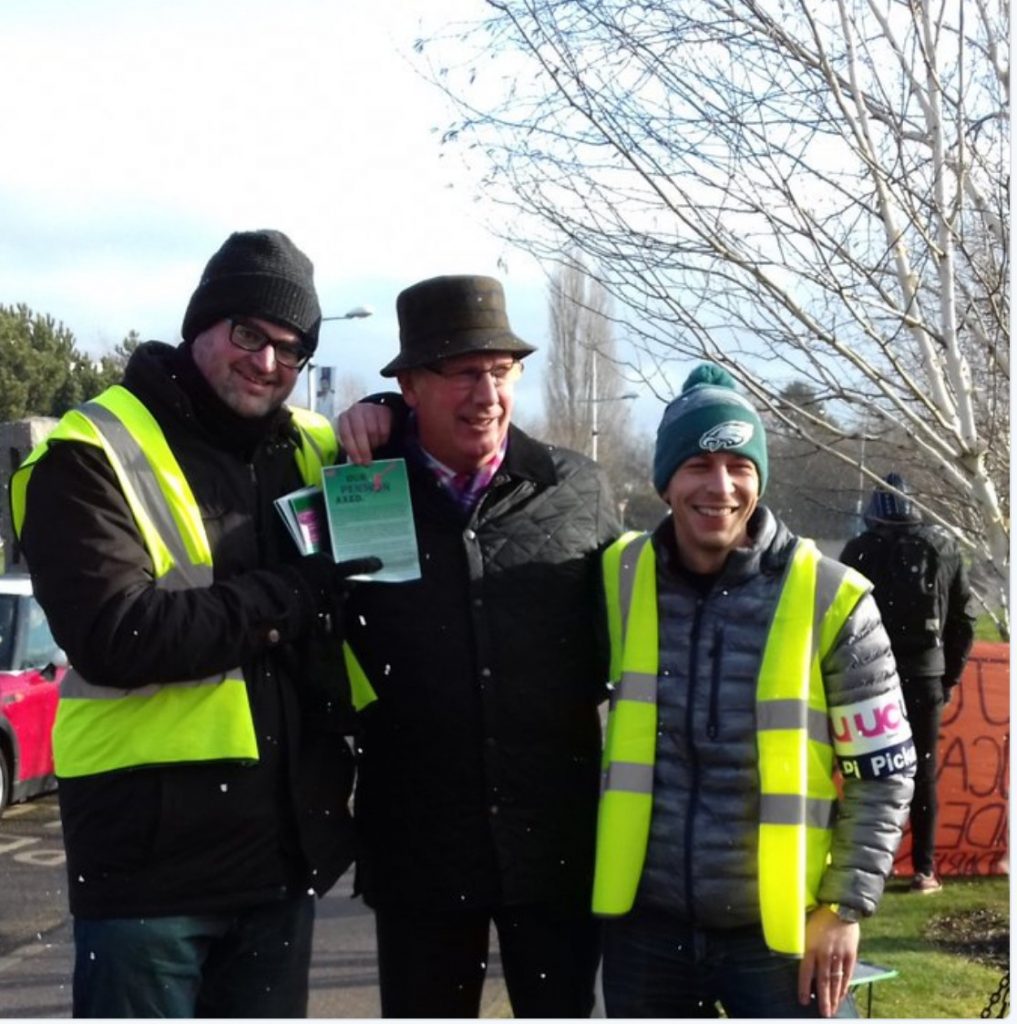 UUK faltered and agreed that they were “open to the possibility that we have not considered every possible angle” in relation to valuation of scheme. Though they still issued propaganda consistent with their pre-strike line.

Student protests gathered strength. Up and down the country, good things were done in terms of demonstrations and teach ins. Sit-in protests broke out sporadically, to the joy of UCU members, for this is the stuff of student life. 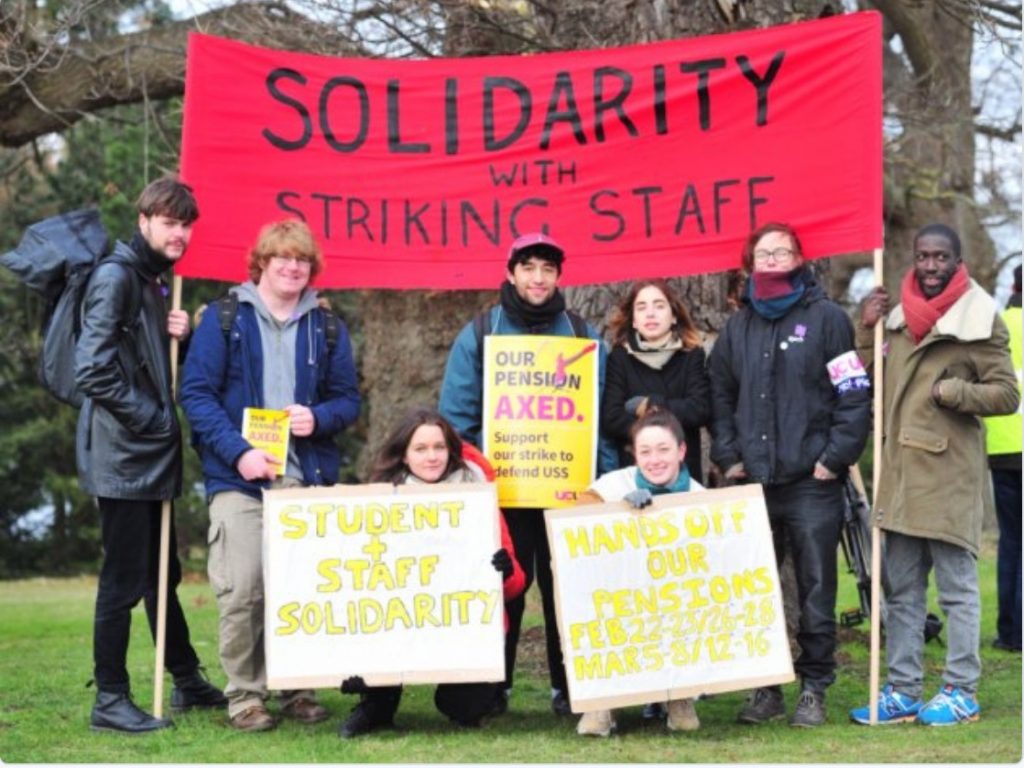 At Leicester, however, things bizarrely back-fired for management. The slogan ‘Would Rather be in Lectures’ was taken as a critique of the strike, not UUK. Senior figures sallied forth from Leicester’s university house to address the crowd: …“There is a deficit in the USS of over £8billion…” “LIES!” Retorted the students. [The pic says it all.] 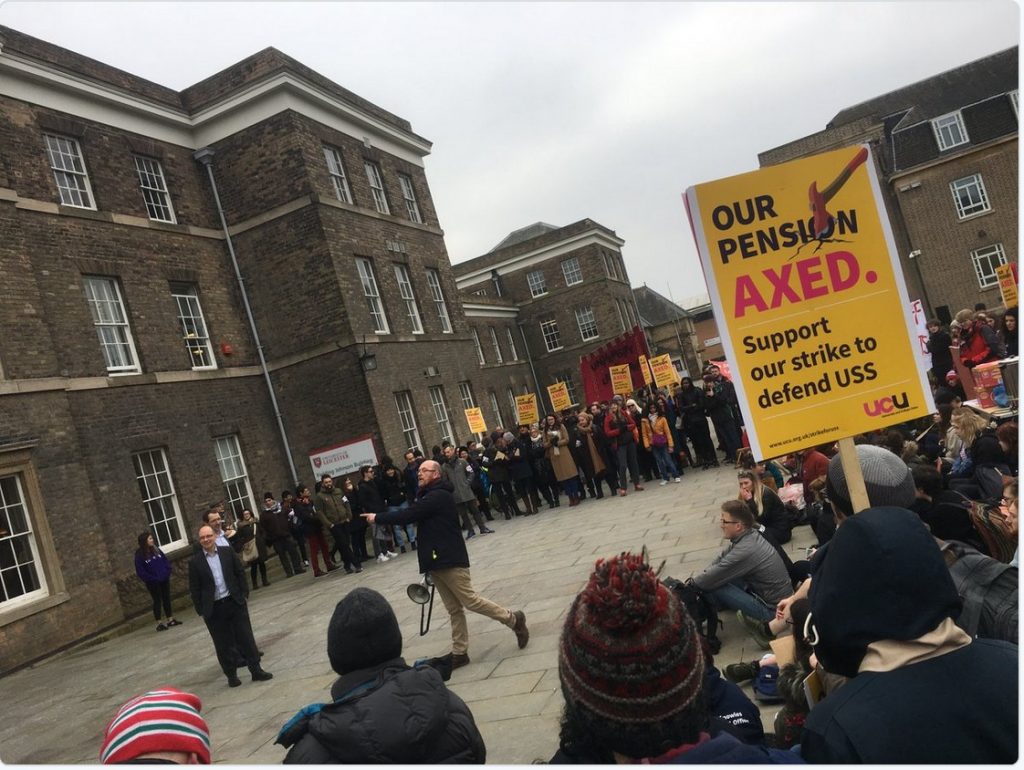 At the same time, the ‘Beast from the East’ strikes. Universities think UCU pickets will collapse, but they are reinforced. Meanwhile, the FT and the Independent continue to publish very sympathetic stories in support of the strike. By end of play Tuesday, UUK’s position had changed from no negotiation (because there was nothing to negotiate) to agreeing to talks at ACAS.

Universities threatened to dock pay for un-rescheduled strikes at several universities. Alumni started withdrawing donations at Sheffield, and within twelve hours the VC wrote to staff rescinding that policy. 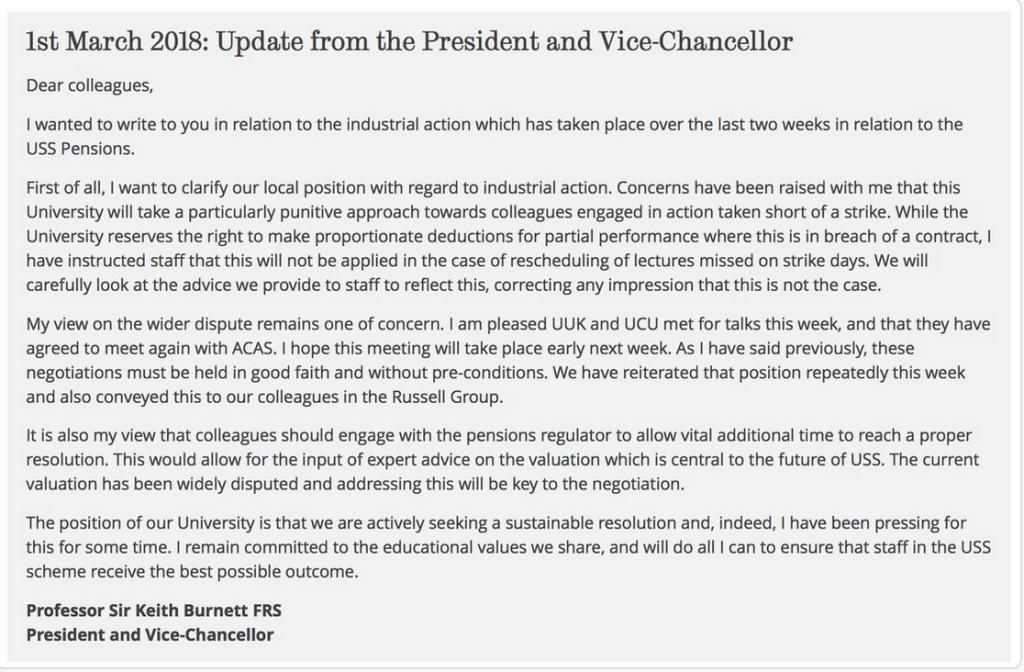 So, a good week’s work. BUT, we are not going into talks to take what we’re to be given. We need to continue to draw attention to the falsehoods in the UUK position. We need to keep pressing the employers and UUK into next week.